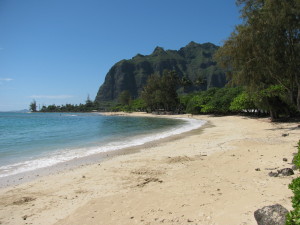 There are bills introduced at the Hawaii State Capitol this session such as  HCR166 in response to President Donald Trump’s efforts to clap down on illegal immigrants.

Based on the social media comments, it appears the residents of Hawaii are not in the same mindset as the Hawaii Legislature.  It’s an interesting read.

Carl Thommes Nope! But I do support only the 9th Island to be a Sanctuary State…and NOT the rest of the islands in Hawaii. lol
Like · Reply · 2 · 3 hrs · Edited

Mary Beth By becoming a sanctuary state that actually means that we won’t use our state tax dollars to fund ICE raids. So we would be using those tax dollars for the things you’re referring to (teachers, roads, schools, etc). So if you support using your tax dollars to spend money tracking down and arresting illegal immigrants, by all means go for it. But don’t complain about not having money for other stuff.
Like · Reply · 2 · 3 hrs

Mary Beth The federal government does need local law enforcement and legal officials to enforce those federal mandates. So the sanctuary law is essentially saying we will not use our local agencies for the enforcement of them. The 10th Amendment says that the f…See More
Like · Reply · 1 hr

Kenneth Kuntzman Your right the Fed’s can not force us to help, but we can’t force them to give is money for law enforcement either
Like · Reply · 1 hr

William Ashmall Illegal immigrants. You forgot the illegal, or are you above the law?
Like · Reply · 49 mins

Ken Latteman Mary Beth Wow !!!! the liberal left has been feeding you some serious Kool-Aid. I live on Hawaii Island. Our infra-structure is in bad shape and homeless people are everywhere. Lets bring in some illegal immigrants to add to the mess. Get real !!!!
Like · Reply · 1 · 34 mins

Mary Beth It’s not about importing refugees or immigrants. The law itself is about not arresting illegal immigrants that show up to a PTA meeting or an emergency room. These people are already living in Hawaii. And let’s be honest, they are probably struggling t…See More
Like · Reply · 12 mins

Leighton Ito Not only do i not support it, I think all of those idiots who are even considering this should be voted out next year. In addition to harboring criminals and illegals, do these knuckleheads close their eyes when they see the homeless in kaka’ako, makiki, kalihi, iwilei, by the viaduct, at Blaisdell park etc? Are they really that stupid? Do you want morons like that running our state?
Like · Reply · 131 · 4 hrs
18 Replies · 37 mins

Joseph Chandler Yup it’s official the government in Hawaii is full of morons. If you’re illegally in a state you shouldn’t be allowed to stay and should be deported back to your home country. This type of turning your head to law breaking criminals is unacceptable.
Like · Reply · 64 · 4 hrs
2 Replies · 3 hrs

Billy Atumata We already a refuge state for homeless from other states. Cant afford anymore
Like · Reply · 55 · 4 hrs

Nancy M Ajolo Being in Hawaii or anywhere in the United States America is a privilege, not a right for those not born American. You must go through the immigration process to gain lawful citizenship. If you can’t or won’t do that then you must leave. No sanctuary he…See More
Like · Reply · 32 · 4 hrs

Matthew Lund I understand jumping over a wall, or tunnel and being illegal…but we live in da islands, illegal aliens? Or you mean people overstaying and becoming illegal, because they can’t afford to file, or didn’t file the immigration paperwork ? Flying in undocumented or boating in, is that possible? There is a process and it’s the law, you MUST follow!
Like · Reply · 16 · 4 hrs
1 Reply

Scott Yang The federal government is not asking state n local law enforcement to proactively look for illegal immigrants. Its just a simple request to notify and detain illegals if they are arrested and detained for a crime. It doesn’t take anymore resources to assist ICE in this simple request.
Like · Reply · 15 · 4 hrs
2 Replies · 3 hrs

George Killion Take care of the people here in Hawaii first. Here in Hawaii we have so many problems that we need to fix. 1) homeless problems and more shelters .2) our schools need upgrades and AC. 3) budget ,stop wasting tax payers money on ridiculous things. 4) fix our Roads.
Like · Reply · 20 · 4 hrs · Edited
1 Reply

Randi Uluwehiokalani Barretto I’m all about assisting those in refugee status, but unless we have competent politicians that can develop effective internal systems which address current state concerns, consenting to sanctuary status would only be another problem added to the pile of problems Hawaii has yet to address.
Like · Reply · 9 · 3 hrs
2 Replies · 1 hr

Rick LiptonDon’t we have enough financial issues already? So allowing sanctuary for illegals may end up costing us some federal money what kind of f#$%ING sense does this make? The classic cut off your nose to spite your face. Swallow your pride you asswipes and follow the law. It’s that simple.
Like · Reply · 11 · 3 hrs
Joseph Laxamana The fact that Hawaii and politicians can not take care of their own homeless problem or protecting their own people from becoming homeless is really laughable that they want to become a sanctuary state to protect individuals in our country illegally. W…See More
Like · Reply · 33 mins

Blake Sakata The answer is absolutely NO. Would the illegal person’s state or country allow us to live in their state or country illegally….? EXACTLY! It also wouldn’t be fair for those that went through the appropriate steps and process to live here legally. It …See More
Like · Reply · 2 · 2 hrs

Darren Ganob Hell no!!, remember the name of the rep who introduced the bill and get her out of office. wanna stay?, simple, get documented like all the other “legal” immigrants, it’s the law, why make an exception? wouldnt this bill make these “lawmakers” into “Lawbreakers”?
Like · Reply · 10 · 4 hrs

Don Miyamoto No
Come on residents are being driven to homelessness.
Multimillion dollar condos.…See More
Like · Reply · 7 · 4 hrs

Dave Moyer All this means is they won’t let state law enforcement be coerced by the Feds to conduct unconstitutional search and seizure because they think someone looks like and undocumented immigrant. I totally support our state and not joining the effort to turn our great nation into a fascist police state. #resist
Like · Reply · 1 hr

Veronica Fajardo Oh hell no! Just when you think Hawaii legislators couldn’t get anymore foolish they go and lower the bar. Dim , dull and corrupt.
Like · Reply · 3 · 2 hrs

Rick SouzaNo. It’s an idiotic liberal concept for a place that already has more problems than solutions…homelessness, over-crowdedness, over-priced rail, over-taxed, skyrocketing cost of living. SOLVE the problems you have before asking for more.
Like · Reply · 3 · 2 hrs

Henry Hoeft Jr Once again, another “feel good- I gotta do something, I gotta fight for something because I’ve got nothing positive to show while I was in office bill!”
I hope the Residents, citizens, voters in House District 4 remember the name Democratic Rep. Joy San Buenaventura. She is the author of this bill. Should it pass, I propose that all those illegal immigrants, especially those that commit crimes be relocated to the Big island, more specifically mountain view, Hawaiian Paradise area. Declare it a sanctuary city and you tax payers, voters, there can fund it. This Representative is clueless and completely out of touch with the purpose of sanctuary cities. It is not for the legal immigrants but for the illegal, criminal type. Ho’okipa- yea right. More like “Auwe!” I hope this legislative session ends soon before our elected officials come up with more brilliant ideas and do more damage to this state. Aloha and God Bless.
Like · Reply · 2 · 2 hrs

🇵🇷. It looks like only the non natives are always have to complaint about immigration
Like · Reply · 2 hrs

Michael Mathews It’s a federal crime to knowingly Harbor Aid or abet a known alien. It’s time to arrest everyone who is involved in this conspiracy. This felony is punishable by up to eight years in prison.
Like · Reply · 3 · 2 hrs

Daniel Petersen Illegals legal what’s the difference when Hawaii was forcibly taken over by the United States ? I’m pretty sure they weren’t “legal” people when they came onto our lands when they moved imaginary borders to these islands
Like · Reply · 3 mins

Jamie Bachant Well I guess rather than deporting them from the country which the liberals don’t want we can send all the illegal immigrants to Hawaii. That way families can stay together and stay in the US.
Like · Reply · 1 · 2 hrs

Lisa Wenzel With everyone saying no I just don’t understand how the liberals who want this to be sanctuary state get voted into office and stay there? Why?
Like · Reply · 5 · 4 hrs
2 Replies · 4 hrs

Dave Hayashi Nope. I do support supplanting our current elected officials with ones that will actually look out for the health, prosperity, and welfare of the Hawaii people tho.
Like · Reply · 8 · 4 hrs

Mike Stubbs HELL NO. We have enough issues to deal with. We DO NOT need to give sanctuary to any more illegals. If they’re here illegally, kick them the heck out and back to where they came from!!!
Like · Reply · 2 · 3 hrs
42 of 500
View more comments