A Response to Mayor Kirk Caldwell’s Letter to the Honolulu City Council  Relating to Provisions relating to the Deletion of the Hau’ula Fire Station Project. 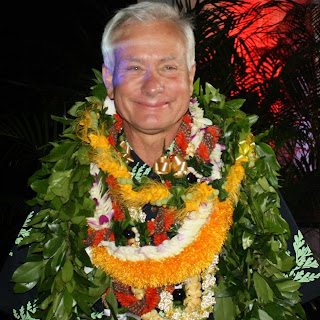 Before we respond to your above-mentioned letter as distributed widely, including Civil Beat, we wish to share with you our family’s legacy with first responders.

My husband’s family has produced four generations of firefighters. His grandfather was buried in his fireman uniform.   We also have family members who are policemen, nurses, schoolteachers, and military servicemen. Many of our close friends are first responders, including lifeguards.  We are ever mindful of the services our first responders provide. We can never pay our first responders enough for the daily volatile and risky environment they’re thrust into.

Regarding your June 20, 2013 letter to the City Council, we also realize that any Mayor cannot possibly micro-manage or know every detail of city operations.  At face value, it’s understandable why you, as mayor, would object to the Deletion of the Hau’ula Fire Station Project this Budget session. We would probably react the same way if we were not intimately involved or had not carefully researched the facts and circumstances relating to this flawed Department of Design and Construction’s (DDC) relocation project.

Unfortunately, a person(s) with considerable influence continues to provide a overwhelming dose of one-sided bureaucratic jargon that does not provide a factual history of this controversial project. This bureaucratic process has become too politicized and evolves with ever-changing made-up premises along the way.

This modus operandi does not serve you as the Mayor, or the public, well.  No matter how thinly cheese is sliced, there are still two sides to it.

There are too much irregularities and evidences to put in this letter. The selected information we share with you here is based on documented facts and records.  We do not manipulate and fabricate new premises along this evolving process.

Mayor Caldwell, the GOOD NEWS is DDC can build another fire station in rural Hau’ula TODAY! 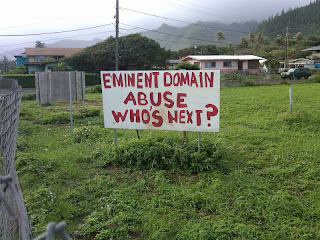 This City-owned Lot 64 with 20,297.00 square feet is adequate for a typical fire station in Oahu. 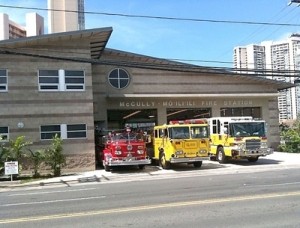 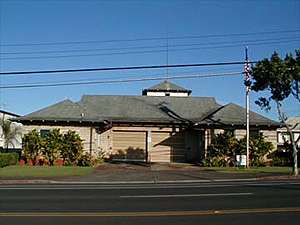 The 640 California Ave Wahiawa Fire Station that serves a much denser population than rural Hau’ula sits on 20,000 sq. ft. lot. 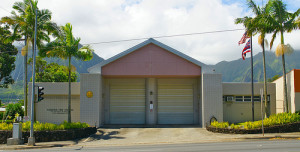 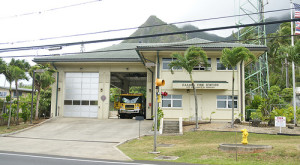 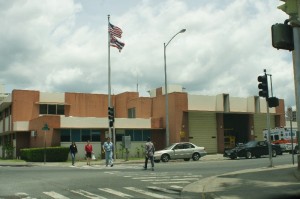 Why then, is the DDC Land Chief fixated on seizing our adjacent Lot 65 for an additional 20,300 square feet? DDC’s 2009 Environmental Assessment for this proposed relocation project stated there would be no increase in service area or personnel.

Why then, a Taj Mahal fire station in rural Hau’ula on twice the average lot size and triple the costs of an average fire station? (The relocation project in Hau’ula’s projected cost is $13M, as recorded in the Ko’olauloa Neighborhood Board minutes.)

After you review this information and others contained in this PDF file, we’re confident you’ll agree that the Honolulu City Council exercised fiscal prudence and protected the public treasury by deleting the $750,000 that was requested for “Planning & Design” by DDC this budget session.  DDC’s request for $750,000 was premature as the civil trial for “public use” had not even been set.

Furthermore, aggrieved citizens have the right to appeal to higher courts in this legal process.

The Carlisle Administration informed residents it was willing to explore alternative sites for this relocation controversy. 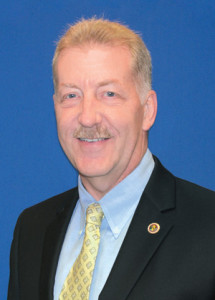 This case was set aside by the city until December 12, 2012 when Deputy Corporation Counsel Winston Wong requested a “Valuation Trial”.

This again was a premature action and denied by Judge Rhonda Nishimura as the initial Trial for “Public Use” had not even been discussed yet.  Despite these circumstances, DDC requested $750,000 for “planning and design” for this project (in limbo) this fiscal year 2013-2014.

What was DDC thinking?

Should the City Council give DDC $750,000 to squander on “planning and design” when the outcome is unsettled and involved in a typically protracted legal process?  The only logical and fiscally responsible action for the City Budget Chair was to delete this so-called “construction funding” for this project for 2012-2013 Fiscal Budget Year.

The 2011-2012 Fiscal Budget Year also deleted this project and noted as “not needed”.  For the City Council to decide otherwise would be gross malfeasance on their part, based on the legal status and other circumstances. As a Hau’ula kupuna said, “Money no grow on trees.”

At the most recent Budget sessions, both the newly appointed Fire Chief and the Department of Design and Construction (DDC) Director initially stated to Budget Chair Ann Kobayashi they were willing to dialogue. We welcome that.  We’re aware city departments such as the Honolulu Fire Department routinely depend on DDC to do the footwork in projects such as this. Unfortunately, this controversial process has morphed into an art of the wordsmith, with bureaucratic jargon substituting as merits.

The record points towards one unelected bureaucrat who abuses government powers of eminent domain at will. There is no denying bureaucrats have easy access to decision makers at City Hall while the public generally enjoy no such privileges.

Sensing this unbalance, we have diligently provided the City Council documented irregularities and nefarious circumstances surrounding this flawed process.  The most affected residents are grateful that the City Council has listened to the other side of the story during its budgeting decisions.

Many residents are unhappy about perceived wasteful spending, perceived or real; others questioned why the city could not renovate the existing structure or tear it down and build anew instead of seizing the last two remaining commercial-zoned parcels in Hau’ula.

Life-long Hau’ula residents are unhappy they were not consulted with. This project would be situated directly next to their homes.

DDC’s failures to consult affected parties grossly violated the basic requisites of Chapter 343, HRS and Title 11, Chapter 200 Administrative Rules, and the National Environmental Protection Act (NEPA) as Community Development Block Grants (CDBG) funds were used in this project.  Hauula qualifies, being a low-income area. DDC’s request for seizing properties was hastily pushed through to meet CDBG’s date lines.
Many would like the city to prioritize scarce funds and allocate precious resources to installing more fire hydrants for fire safety as well. Many neighborhood pockets here do not have fire hydrants. This is a major setback for our firemen and a major public safety concern.

A case in point happened with a domestic fire in Punalu’u on March 23, 2011. Thirty-five (35) fire-fighters, five (5) engines, two (2) ladder-trucks, a water tanker truck and a fire battalion chief responded very quickly but could not effectively protect the public due to lack of basic infrastructure – water hydrants.

Besides lacking in public engagement, there are too many irregularities and nefarious facts and circumstances surrounding this Hau’ula relocation file. We could tell you about DDC hiring their favorite appraiser all the way from Maui   for this project; that DDC’s first choice for the Hauula Relocation site was a 1.65 acre beachfront lot;  or DDC’s careless 2006 request for eminent domain by necessity on another property only to discard  the action promptly after the city council unanimously granted powers to seize private properties.

Who gave the work order for this illegal seizure and bullying?

What are the incurred costs to the taxpayers for this rogue behavior?

In summary, bureaucratic malfeasance in rural Hauula, Oahu, Hawaii reveals the culture in which government will ignore the law, manipulate the process, and abuse its powers in order to seize property just because it can.

Government cannot become so powerful and arrogant that ‘public purpose’ and ‘public safety’ are conveniently used as mere pre-textual ‘legal weapon’ to threaten and brow beat property owners into automatic submission through eminent domain and other tactics.

Fortunately, this out-of-control bureaucratic malfeasance and abuse can be corrected.   The entire City Council is protecting the public in its kuleana by implementing the democratic process of “checks and balances”.

As Mayor, you can also support their pono leadership by not allowing DDC’s slop-dash bullying via the big stick of government powers to prevail.

As always, we look forward to collaborating with the most affected parties in a fair and equitable due process. Justice and Equality apply to all.

Why is the Mayor  hell-bent on building a SUPER-SIZED fire station in rural Hau’ula?

Why does Kirk Caldwell want to build a SUPER-SIZED fire station in rural Hau’ula?

This is the “Ewa Beach” style fire station he wants to build in rural Hauula. This station is so big that you cannot photograph the building in one photo! 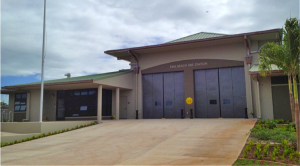 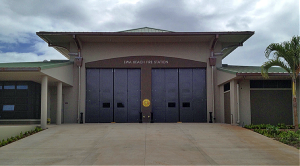 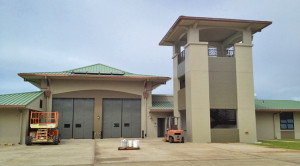 The city purchased Lot 64 in 2010 – it can relocate the existing Hauula Fire Station today!

But Kirk Caldwell is bullying to further condemn adjacent Lot 65 for DOUBLE the lot size and TRIPLE the price – to build his SUPER-SIZED Kapolei station in this rural region! 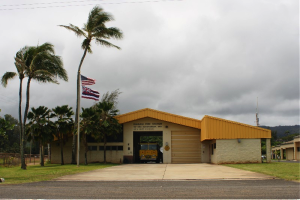 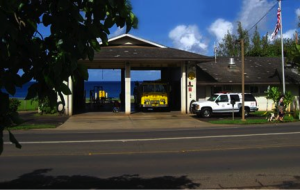 Why does Kirk Caldwell want to build a SUPER-SIZED fire station in rural Hau’ula?

Why does the Mayor want to pave over the last two remaining business-zoned lots in rural Hauula?

Why is the Mayor abusing the weight of the city to shut down private Reynolds Recycling in this small rural community?

Does the Mayor understand the difference between Ko’olauloa and Kapolei?

Can taxpayers fiscally fund all of Kirk Caldwell’s pet projects?

Are taxpayers happy with rising taxes and fees?

When will Mayor Kirk Caldwell advocate for his constituents and exercise fiscal prudence instead of bullying and spinning to get what he wants?

If you were the Mayor of Honolulu, what would you do?